Every year Congress passes scores of new laws dealing with a huge variety of issues from national security to the economy. In the midst of this, it is all too easy for legislation intended to protect children from abuse and neglect to fall by the wayside. For this reason it is vital that we keep the pressure on members of Congress to pass much needed legislation designed to protect the most innocent and defenseless in society – our children.

Childhelp programs and services help children recovering from abuse and experience the lives they deserve: futures filled with love. However, our federal funding to continue these life-saving programs is at risk. It is more important now than ever before that we communicate the importance of legislation on child abuse issues. 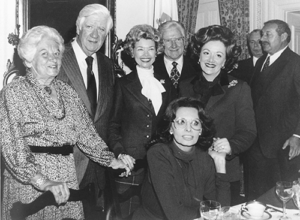 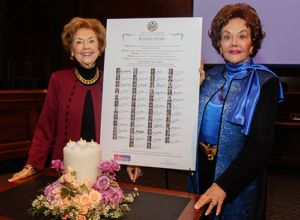 The Childhelp Governors’ Resolution, signed by each Governor in America, was an historic bipartisan document dedicating a nationwide response to eradicating child abuse (2010)

Your voice is very important and we ask you to help today. Here you can learn about important legislation that is pending before Congress and be able to use your to let them know that you stand with Childhelp in requesting their support for the following bills.

For more information about the upcoming legislation and how you can help, please contact Childhelp’s Chief of Government Relations Kristen Douglas at kdouglas@childhelp.org.

The U.S. House of Representatives passed H.R. 485 – Stronger Child Abuse Prevention and Treatment Act (Sponsored by Rep. Robert Scott) on March 16, 2021. CAPTA funds nonprofits, including Childhelp, through grants that support efforts in child abuse prevention, assessment, investigation, prosecution, and treatment. Congressional re-authorization of this legislation is required this year to provide for programs that respond to child abuse and neglect, and offer critical resources for communities to strengthen families and promote the well-being of children.

Children silenced by abuse need you to be their voice in Congress. To support critical programs that save at-risk children and youth, please help TODAY by reaching out to your senators.

Let us help you reach out to Congress with just a couple clicks. Based on your state of residence, we will match you with your senators and representatives and an automated email will be generated and sent out on your behalf. If you have specific contacts in Congress, please reach out to those contacts today.

Ask them to SUPPORT CAPTA NOW

This legislation is critical to ensure that Childhelp Children’s Advocacy Centers continue to receive funding, and can provide the highest level of care to child abuse victims.

Why is the VOCA Fix important?

The Childhelp’s Children’s Advocacy Centers (CAC’s) is funded, in part, by VOCA. The CAC model is a highly effective, nationally recognized one-stop approach to child abuse response. This is particularly important so that a victim of child abuse only has to tell their story once. At the CAC, we provide a child-friendly facility where members of a multi-disciplinary team interview victims, conduct medical exams, provide specialized mental health treatment, and provide family members with referrals to other community resources while law enforcement agencies and county attorneys pursue the prosecution of offenders.

All of these services are partially funded by the Victims of Crime Act (VOCA). VOCA was signed into law in 1984, establishing the Crime Victims’ Fund (CVF). The Crime Victims Fund directly supports victims of crime and programs to support them, including Childhelp CAC’s. In recent years, the Department of Justice (DOJ) policy changes have led to significantly reduced deposits into the CVF.

The result? VOCA continues to see massive cuts, and fewer victims of abuse have the financial support they need to move on with their lives. If deposits into this pool of funding aren’t stabilized, grants for future years will be cut even further. Victims of child abuse and neglect depend on these funds to access the services and programs that help them break free of abuse. We need your help immediately before funds run out, victims are left behind and local programs like Childhelp CAC’s are forced to shut their doors!

H.R. 1652 would fix the DOJ policy resulting in decreased deposits to the CVF. On March 17th, the House of Representatives recognized the importance of making this change by passing H.R. 1652 in an overwhelmingly bipartisan 384-38 vote. Now, we need the Senate to pass this important bill so we can get it signed into law, and provide certainty for victims of crime.

We need your help immediately before funds run out, victims are left behind and local programs are forced to shut their doors!