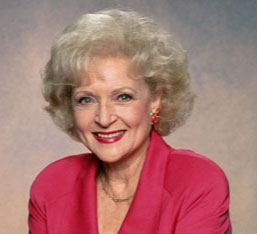 Betty White is a film and television actress with a career spanning seven decades. Betty is perhaps best known for her roles in the sitcoms The Golden Girls, The Mary Tyler Moore Show and Mama’s Family. Betty made many appearances on the hit game show Password, where she met the show’s host, Allen Ludden, whom she married in 1963. Currently, Betty is starring in two shows, Hot In Cleveland and Betty White’s Off Their Rockers, where senior citizens play practical jokes on the younger generation.

For more than 50 years, Betty has advocated for the welfare and humane treatment of animals and children. Betty has been and remains a treasured friend to Childhelp.