This will be the 13th year of our Haunted Library where, the weekend before Halloween, a vastly underpaid group of volunteers, family members and staff come to help me transform our gentle facility into a Haunted Library for the Village children. From Thursday afternoon to Monday dusk we rush to be ready to host our 84 children through the spooky journey of a single night which they talk about for weeks afterwards.   I have come to appreciate the therapeutic aspect of what we do that night, because I see changes being made in the short 15 minutes they spend passing through what one could argue was a metaphor for life.

The children usually dress in costume, so they can be someone else for the evening;   someone maybe a little braver, or lovelier, or more powerful than they really feel. While they wait their turn outside, a witch on tape (yours truly) sings a creepy song to prepare them for their journey.

“Put the spider on your finger, let the web show you the way,
Never hesitate or linger; something might take you away.
You will go through spooky mazes, you will see some creepy things,
But don’t worry, they won’t get you, ‘cuz they don’t like glowing rings”.

I greet them in my witch’s hat and often “ooh” and “ahh” over their costumes. I try to bring them in alone, one at a time, for life is a journey we all make alone, but not really, and we need to be a little brave. Sometimes I encourage the not-so-brave because I sense that he really could go it on his own if he tried. Sometimes I see the small hand grasping the hand of a staff, and big staring eyes and I know not to push this one, so they take along a staff member.   Sometimes they must decide whether to go it alone, or depend on the very staff member they were cursing an hour ago.   Adults aren’t always dependable. Should they trust this one?   I give them some treats and a magic glow-in-the-dark spider ring as protection against the monster at the end, because we all need to feel safe against the monsters.

First I position the children until they see the flying pumpkin, a special effects spot with mirrors and lights, because they often don’t see it right away. Things that are right in front of their eyes sometimes elude our children. Next, they pass an odd collection of laughing witches and then on to Pirate’s Island where I ask them to push a little button on a pirate only a foot high. They act as though it is going to jump at them, but he wiggles and sings instead. Sometimes what we fear is not so bad after all. From a hidden tape player , a skeleton pirate shouts “Dead men tell no tales…Ye may be coming in, but Ye won’t be coming out!” (courtesy of my husband Ray Renteria, actor). He and his parrot guard a glowing treasure. Behind them, a ship on a dark ocean rocks mysteriously. Some things are just a mystery.

My last task is to send them through the spider tunnel. Often, a volunteer on the other side must walk them through. As they leave the tunnel, a coffin lid creaks open by itself and shuts quickly. A volunteer gypsy sits trying to read the palms of some guest skeletons. Then suddenly an alien spaceship is before them, crashed into a desk, beeping, lights blinking, while stunned aliens mill about. Then the brave child approaches the next dark room.   So many times, I have noticed that the one who has the hardest time being brave is the very same child who cannot stop being a bully.

The volunteer helps the child through a wide door where a plastic curtain waves in the wind. The main library, now arranged in a cobwebbed maze, is alive with howling, dancing ghosts and bats flying around (largely through the constant batting by that same volunteer to keep them going). Another volunteer waits, still as stone, just beyond the windy, screeching bat cave, in the graveyard. She sits in clear view, but perfectly still, and the children walk right by until she asks them if they want their treat.   They often jump, surprised she is a real person–something our children often forget when thinking about the people who take care of them! Like each of the volunteers, she has candy and treats for them which she hands out beneath the stare of owls and crows borrowed from the local museum. They read together some of the funny tombstones: “ Found with candy in the computer lab.” And “Library Book grossly overdue.”

The children wend their way through the maze, guided by footsteps on the ceiling, treat bag getting ever heavier.  A few poor souls crammed into the shelving dangle arms and legs out from between book stacks and cry “Help me! Please! Get me outta here!” Eventually they come to the flashing lights and bubbling chemistry of Frankenstein’s laboratory. They want to know what is real, what is not real, and the volunteer there points out all the bells and whistles so they can see how it is done. No hocus-pocus here, just batteries! Frank’s heartbeat sounds, lub-dub, lub-dub from a cassette recorder. Skeletal bats, x-rays, and a talking head on a platter add to the fun. A leisurely walk through the skeleton’s picnic where they can hear Sony and Cher skeleton sing “I got you, babe!” takes them to the last door, where the Monster resides. They check to see their ring is still on their finger, and enter wide-eyed. To their great relief, the monster at the end, a huge glob of plastic with tremendous paper eyes, (Ray Renteria again)tells them he just “LOVES little children” but to “Be gone!!” because of that scary, glow-in-the-dark ring. He is not so scary after all. A final volunteer gives them more treats and sends them out the door, to waiting staff.

The children, who were once afraid to enter, now bound back to the front door to try again, but I tell them, just as in life, there is only one trip through. So they stand awhile with staff, watching the lights, the moon, cheering on the next group to go through, and eating treats.

As the last children exit the Haunted Library and return to the cottages, the volunteers take a breath and hustle to remove all signs of Halloween from the teacher’s room, and computer lab, which both must be ready for business the next morning. The main room in the center is emptied the following day. By Wednesday, there is no sign that the library was ever anything but a library. So when the children come through asking me, “Do you remember, Frankenstein was here, and a graveyard was over there! I simply say, “Nah, this is just a library! No ghosts, just good books!” they all think I am a little odd.

I have loved Halloween, the pretending involved, ever since my brother and I, and some friends worked feverishly to turn our front yard into a great annual display, which delighted drive-by neighbors every year. I think it is important to know what to fear and what not to fear, and our children have a hard time with that. What is real, what is fun and games, lights and whistles? When they complete this Haunted Journey, they can feel they were brave, but they also know it was just pretend, and something they can handle. Maybe it becomes a metaphor for life: a journey which can seem beyond our strength to handle at times. Maybe they have learned in these 15 minutes, you just keep pushing through. You can make it.

This is something I do for the love of a child, my brother, who passed at the age of 24. 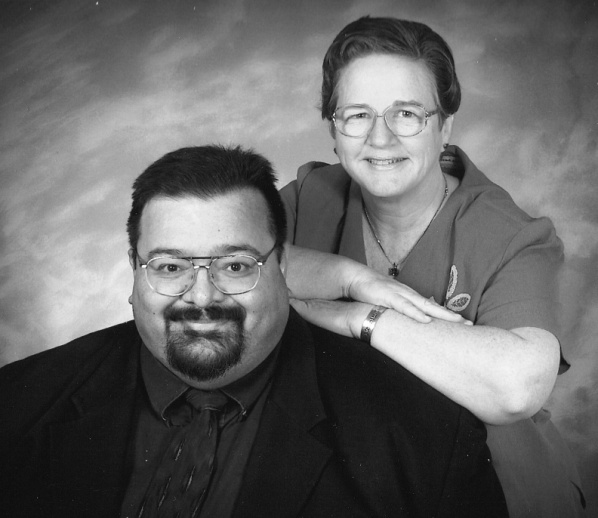 Prev
Bullying In Sports
Next
Childhelp Dedicates Children’s Center A...