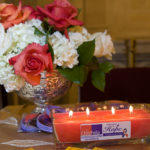 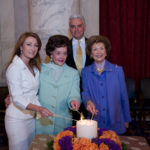 In every year since, the nation has come together to bring awareness to the child abuse epidemic plaguing the United States of America. This April, an estimated 150 children will die due to abuse or neglect. In reality, it’s an even greater number. Over 1,600 children die each year across the country, while nearly four million referrals are made to CPS agencies with concerns of abuse and neglect involving more than 6.6 million children.

Abuse or neglect of a child causes suffering to the most vulnerable, undermines the promise of strength and harmony in families, and is related to long-term mental and physical health risks in the victim’s development.

However, the future is not as bleak as the statistics and we all can do something about it.

Child abuse prevention is possible through partnerships among families, social service and healthcare organizations, schools, religious and civic groups, law enforcement agencies, and the entire community devoted to the safety  of our children.

This problem is too big for any one organization to solve. We all must present a unified front to raise awareness and create change.

In addition to Child Abuse Prevention Month, the first Wednesday of the month was designated Childhelp National Day of Hope by the United States House of Representatives in 2000. The National Day of Hope encourages people across the nation to take time to say a prayer and observe a moment of silence in remembrance of the children who die every day from abuse and neglect.

The tradition involves lighting a five-wicked Childhelp candle featuring a flame symbolizing each of the #FiveTooMany lives lost and the burning commitment to ending abuse.  Celebrity anchors such as Kathie Lee Gifford, Nancy Grace, and Megyn Kelly have all taken part on air to spread this message of healing and hope.

Childhelp holds a congressional luncheon each April to bring together lawmakers, advocates, and community members to discuss child abuse prevention ideas at the national, state, and local levels. This annual event allows Childhelp the opportunity to continue stressing the importance of this issue, educate newly elected officials, and recognize those who have played a part in helping advance the cause.

Child Abuse Prevention Month is a special time of observance, but saving children is a 365 day a year mission.

If you live in Arizona, California, Tennessee, or Virginia, and would like to volunteer directly with Childhelp and help impact a child’s life, please click here. If you happen to live in any of the other 46 states, but would still like to make a difference in a child’s life, you can make a donation to help Childhelp programs and services by clicking here.

Childhelp exists to meet the physical, emotional, educational, and spiritual needs of abused, neglected and at-risk children. We focus our efforts on advocacy, prevention, intervention, treatment and community outreach.

Prev
Helping Children of War Find Peace Within
Next
Can Kids in California Get Ahead?