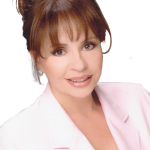 Childhelp, the nation’s oldest and largest nonprofit advocating for abused and neglected children, announced today that it will rename the Childhelp Children’s Center of Arizona (CCCAZ) after community philanthropist, Linda Pope.

“For many years, Linda Pope has selflessly given her time, energy, and resources to this organization and our mission,” said Sara O’Meara and Yvonne Fedderson, founders of Childhelp.  “She is the embodiment of what this center represents – she is kindness, hope, generosity, and love.  A sign above every Childhelp door reads ‘All Who Enter Here Will Find Love,’ and we couldn’t think of a name more synonymous with love than Linda Pope.”

The Childhelp Children’s Center of Arizona Dedicated to Linda Pope, located at 2120 North Central Avenue in Phoenix, will celebrate its grand opening with a dedication ceremony on October 17th, 2015 at 11:00 am.  First Lady of Arizona Angela Ducey and Sharon Lechter will co-chair the event and Governor Doug Ducey will serve as keynote speaker.  The City of Phoenix will be presented with the Childhelp Founder’s Award in recognition of their commitment to fighting child abuse and neglect.

A graduate from the University of North Texas, Linda holds a Master of Science degree in communication and social psychology. She was a college professor for over 15 years and conducted training seminars in communication and team building for national corporations.  Linda is currently the CEO of World Dance Network, which has partnered with XIX Entertainment and formed a joint venture:  Dance, Dance, Dance, LLC.  She and her partner, Simon Fuller, creator of American Idol, sold their first show, Ballroom Blitz to the TLC Network in 2014.  Linda has served on dozens of charitable boards and has chaired numerous fundraising events.  Sheis the founder of Childhelp’s largest annual fundraiser, Childhelp Drive the Dream, which raises over a million dollars annually.

Prev
A Haunted Metaphor
Next
The Gift of Awareness