The Cost of Child Abuse: The Rising Economic Impact of Child Maltreatment 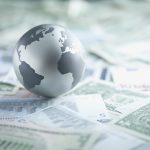 The emotional price paid by an abused child is infinite. It is a deduction of self-esteem, trust, and faith that robs their heart’s account from the moment of abuse until a time when therapy, support, and love replenish what was stolen. This is the price paid for an individual child but the economic cost of child abuse for our society is similarly staggering.

Last February, an international panel of experts presented findings at the American Association for the Advancement of Science meeting that the cost of child abuse has increased 20% to $150 billion a year — or 1.2 percent of per capita income for developed nations.

US News and Reports adds, “The financial cost of child abuse includes treatment of physical injuries, future loss of productivity due to injuries, as well as lower levels of education and future income. Also, child abuse is associated with higher health costs in adulthood.”

Prior to the panels announcement, the last reported numbers were in a 2012 press release by the Centers for Disease Control, stating that the total lifetime costs of new cases of child maltreatment was $124 billion dollars. If you spread this out per victim, it comes out to over $210,000 per victim. In comparison, this is $50,000 more than a stroke victim and similar to someone who has Type 2 diabetes.

The CDC writes that in addition to the pain felt by the victim, it also puts a strain on society as a whole.

“Child maltreatment has been shown to have many negative effects on survivors, including poorer health, social and emotional difficulties, and decreased economic productivity.  This CDC study found these negative effects over a survivor’s lifetime generate many costs that impact the nation’s health care, education, criminal justice and welfare systems.”

In all, this is how the breakdown in costs are explained:

Just like preventative medicine can secure your body against health risks, there is a way to combat the high emotional and social costs of child abuse: prevention education.

“No child should ever be the victim of abuse or neglect – nor do they have to be. The human and financial costs can be prevented through prevention of child maltreatment,” said Linda C. Degutis, Dr.P.H., M.S.N., and director of CDC′s National Center for Injury Prevention and Control who was also involved in the study.

Programs such as Childhelp Speak Up Be Safe which offers a 21st century approach to the prevention of abuse and the Childhelp National Child Abuse Hotline (1-800-4-A-CHILD) which provides crisis intervention, information, literature, and referrals to thousands of emergency, social service, and support resources, are key to the prevention of child abuse and neglect in the United States.

Childhelp Speak Up Be Safe teaches children “skills to prevent or interrupt cycles of neglect, bullying, and child abuse” all while being age appropriate. The hotline provides children and adults in need a place to seek advice, ask questions, or find a friendly, degreed crisis counselor to speak to 24/7, 365 days of the year.

There’s only one-way change will happen at a macro level and that is if states, their agencies, and elected officials Speak Up about the economic costs of child abuse so that children can Be Safe.

“Federal, state, and local public health agencies, as well as policymakers, must advance the awareness of the lifetime economic impact of child maltreatment and take immediate action with the same momentum and intensity dedicated to other high profile public health problems –in order to save lives, protect the public’s health, and save money,” Degutis states.

The economic impact of abuse is detrimental to our nation and can be clearly documented in dollars and cents; however, the immeasurable cost to a single child can never be quantified so our investment in prevention is priceless.