Actor and mother Jessalyn Gilsig is famous for her television roles in Boston Public, Nip/Tuck, Glee, and the History Channel series Vikings. It was recently announced Gilsig would star opposite Childhelp National Child Abuse Hotline spokesperson John Stamos in the upcoming Disney+ high school sports dramedy Big Shot, but when production was suspended amid COVID-19 concerns, Gilsig reached out to Childhelp to offer an artistic hand to raise awareness and funds for our work.

Turning to fans and followers on Twitter and Instagram with the hashtag #doodleyourpet, the multi-talented artist makes doodles of other people’s pets in a fundraising opportunity to help survivors and prevent abuse. Here, she answers a few questions about herself, her art, and her connection to Childhelp. 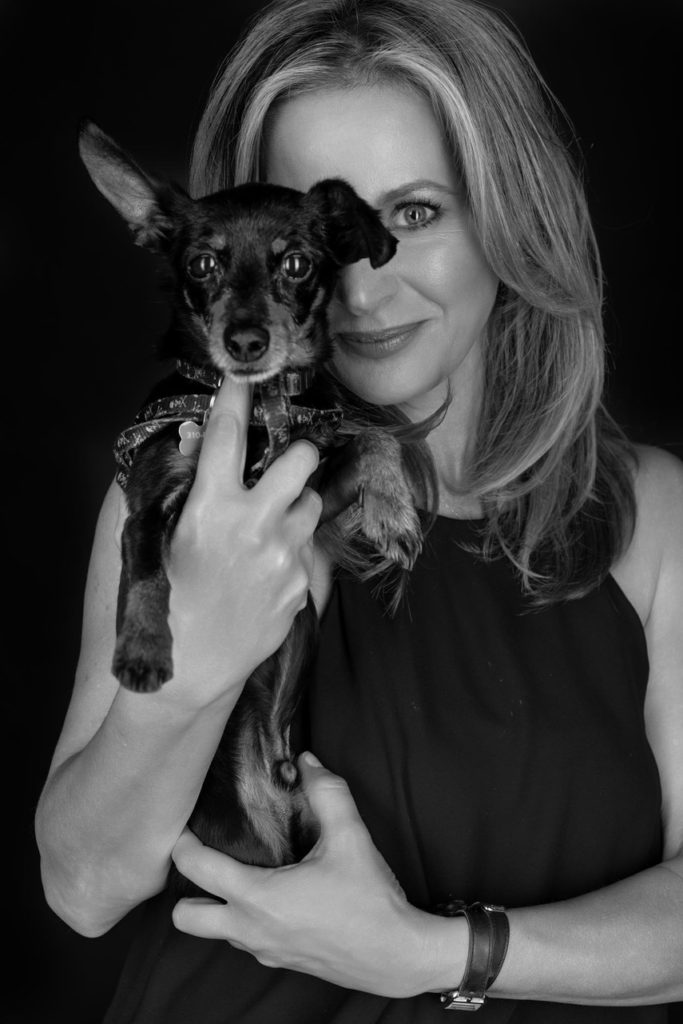 CHILDHELP: Our readers will know your work as an actress but can you share a little bit about your art training and education?

JESSALYN GILSIG: I was that child who was always drawing. Art class was my favorite class and I always had a sketch book going. In the meantime, I was oddly determined to be an actor from a very young age. I don’t know where that came from, but by the time I was 12 I was working as an actor in Montreal doing voiceovers, commercials and any play I could find.

My scripts are covered in doodles so I have had both passions with me at all times. After high school, I went to art school for two years and was supporting myself as an actor. When it came time to choose a career, I decided to pursue acting as it had been supporting me so it seemed the safer path-which sounds insane now! What was I thinking? My life plan was to be an actor with a back-up plan of being an artist?! It hasn’t always been easy but somehow I have been lucky to sustain both passions and I don’t take that for granted.

CHILDHELP: What inspired you to reach out to Childhelp?

JESSALYN GILSIG: When COVID 19 hit Los Angeles I was working with John Stamos on a new show for Disney Plus called, “Big Shot.” Once the stay at home order went into effect, I was sitting around feeling so helpless. I was reading that one of the consequences of the stay at home order was an underreporting of child abuse as victims were now ostensibly locked at home with their abusers and unable to seek help.

This was of course a chilling development of the pandemic and as a mother, one I couldn’t shake from my mind. It is so hard to know that people are suffering and though I always donate where I can, I wanted to see if I could also raise awareness and help people feel they could be a part of the solution.

John Stamos shared his experience with Childhelp with me and the work you do to reach and help children who are victims of abuse. I am not a direct victim of child abuse but I did witness it as a child, so I don’t traditionally speak publicly about it as I always think it is not my story to tell. That being said, it took me years to realize how that experience has informed my life and relationships in many painful ways.

I am extremely protective of children and as adults, I think it is our responsibility to clear the path for them to realize their potential. I was deeply moved by the mission of Childhelp and how impactful it is in helping to heal children and putting their lives on a path to personal success. John kindly connected me (he’s as lovely as you imagine) and I proposed my idea of sketching pets as a thank you for donations. Everyone I spoke with was enthusiastic about the idea and so we got to work!

A doodle of Anders, the Spaniel friend of Childhelp donor, Erin. Thank you Erin!

CHILDHELP: As you’ve been doodling people’s pets, have you heard any stories that touched your heart?

JESSALYN GILSIG: So many. Pets are so personal. They are our family. And especially now I think we all feel their love as we are experiencing this global pandemic and managing anxiety and the uncertainty before us.

My idea for the campaign came about as the result of a fan from England who had shared a photo of his Newfoundlander, Oscar. As soon as I saw Oscar, I knew the sketch I wanted to do. The fact that people have participated has really meant so much to me and I take that seriously. There are many worthy causes pulling at us these days.

I have become aware that for some people participating in the campaign and connecting with Childhelp is healing wounds from their own pasts. That is an outcome I did not anticipate and really drives me to try and gift them a sketch they love.

CHILDHELP: Animal-assisted therapy is essential to our work with children. A child will often share much more if there is a pup in the room. Have you had a special pet that meant a lot to you?

JESSALYN GILSIG: My first dog was a deaf Dalmatian named Phil. Like all pets, I didn’t choose him, he chose me. I was just walking one day and came across a dog adoption. I wasn’t even thinking of getting a dog. Phil got up on his hind legs and put his paws around me and I was hooked. I’d never had a dog before, let alone a 70-pound deaf dog!

He was the kindest, gentlest animal I’ve ever met, and he gave me so much more than I could ever give him. I remember one day driving on the PCH with Phil in the back seat and I was at a moment in my life when I was feeling very lost. I started to cry quietly. Suddenly I felt Phil’s head leaning on my shoulder. He was deaf, and yet he had felt my sadness and found a way to let me know he was there. I will never forget that moment.

Losing him was so hard that it took me years before I could consider getting another dog. Eventually, I realized I wanted my daughter to have a dog so we got Buttercup who is a terrier mix full of personality. Living with her is like having a third person in the house, and although she is only eight pounds, I’m pretty sure she’s in charge! 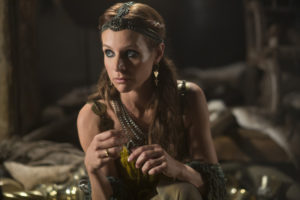 CHILDHELP: What can others do to get involved with raising resources for abused children?

JESSALYN GILSIG: I have learned a lot in this unique chapter in history. Financial donations are important, and I believe we should share what we can to build resources to help.

I am also really interested in Bryan Stevenson’s concept of “proximate giving”. The way he explains it, “We can’t create solutions from a distance…decide to get closer to people who are suffering, marginalized, disadvantaged, poor. Only in proximity to those who are suffering can we change the world.”

Childhelp optimizes this idea. Through art therapy, pet therapy and talk therapy we can help a child grow out of their circumstances and into their potential.

Sometimes I think charity can create a distance from the giver to the receiver but in reality, if we roll up our sleeves and work side by side for a solution I think we can reinforce the fact that we are not as divided as we have been led to believe. Time can be as valuable as money and showing people in need that you see them and can relate to their circumstances in some way seems like an impactful way to bring change right now.

CHILDHELP: If you could share some advice with a young artist who has survived abuse, what would it be?

JESSALYN GILSIG: Create. Allow your creativity to flow. Work is an evolution so don’t worry about being “good enough” or “perfect (there is no such thing). If you feel the impulse to draw, sing, dance whatever it may be, act on it.

I think through art I have managed to take my pain and move it out of my body to the page, canvas or the screen. What you will find by expressing yourself through your art is not only will you heal yourself, but you will also affect someone else who needs healing. Art connects us and so sharing your story through your art is a gift to others.

If you’re interested in offering a gift in honor of Jessalyn Gilsig’s efforts, or to support some of the programs that inspire her, you can join her fundraising team and get your dog (or any pet!) doodled here: https://give.childhelprelief.org/team/296176 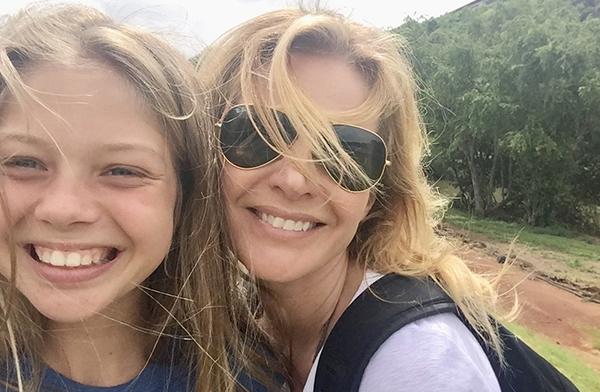