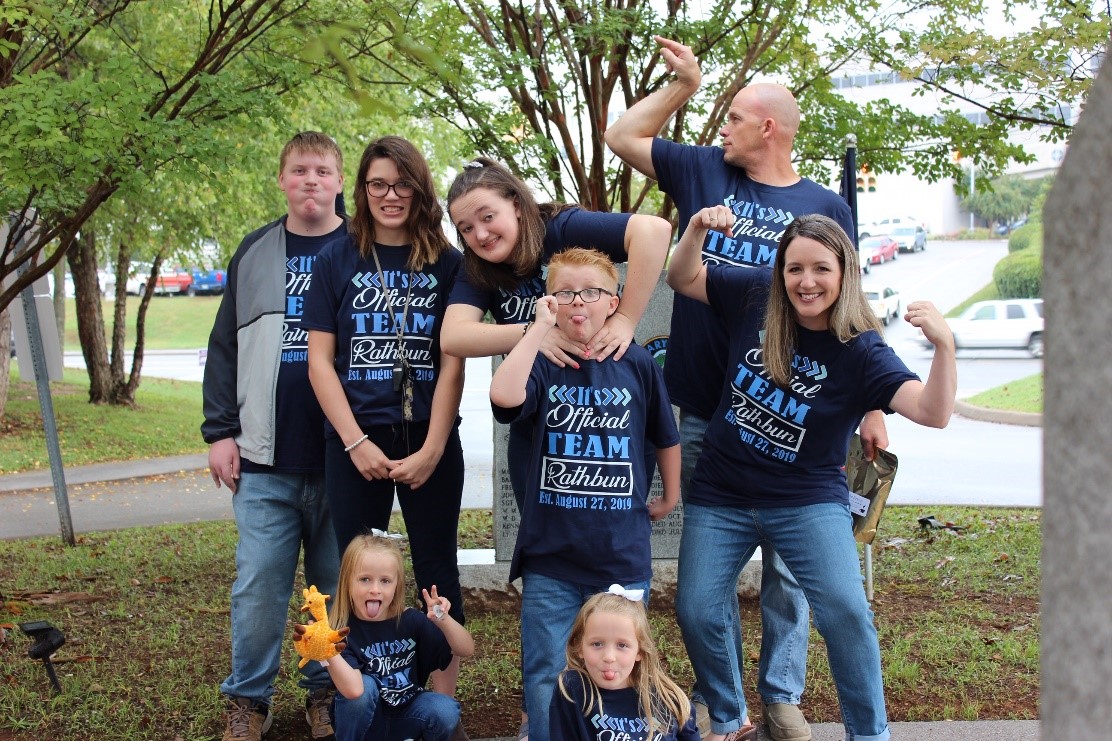 Avery and Jackson (front and left) with their new family

Sometimes in this field of work, you fret. After all, these are little people we are dealing with – little people who need love, family and a place to call home. For those working in foster care and adoption, finding a home and family for a child can be a heavy burden to carry. When the wait for permanence stretches into what seems like forever, we are often left wondering how everything will work out.

Then, we get a bird’s-eye view of something spectacular. What a privilege to watch miracles take place; sometimes early in the process and sometimes just in time. Either way, we know God is at work to find families for our little ones.

Such was the case for the Rathbuns. Ragen and Rob Rathbun had watched their close friends Laura and James Menard foster children for years. They had been with them through some tough situations and had seen this couple faithfully love and care for the kids in their home.

Last year, Laura and James took in two children as a temporary placement. The Rathbuns were faithful to walk alongside them as they always had, helping and supporting the family when called upon. But when Laura told Ragen that perhaps they should consider becoming an adoptive home for these two kiddos, it caused the Rathbuns to pause and consider what this could mean for their family.

More than one person had noticed that the Rathbuns seemed to be the perfect family for this brother and sister. The similarities between their own biological children, both in looks and personalities, was unmistakable. Some of the needs that they had faced with their older, biological son were identical to some of the needs of this little eight year old before them. Their feisty 7-year-old daughter had taught them how to approach the sweet and sassy 5-year-old who needed a home. It was as if they had already been through the training for these two kids – like the prep work had been done and they had passed with flying colors.

They weren’t going to “try and see” but rather commit to these two as if it were meant to be.

When they began to consider what this could mean, Rob told Ragen that if they were going to do it, they were going to be all in. They weren’t going to “try and see” but rather commit to these two as if it were meant to be. They began with a few playdates, then weekends, and after they completed all of their classes to become foster parents, the transition was made. The Rathbuns remember having the children over on Thanksgiving that year so that friends and other family members could meet them; the entire family fell in love.

Another memory stands out in their minds. Young Jackson prayed every night that God would provide him and his little sister, Avery, with a forever family. It was a nightly prayer. Ragen and Rob reassured him that his prayers would be answered. Knowing they would be the answer to those heartfelt prayers helped them get through the six-month waiting period.

When asked about the most challenging piece of this journey to adoption, the Rathbuns said honestly, that while everything seemed to go so smoothly, the meshing of their biological children with their adopted kids took a little time and some patience. But after months of living in the same home, Ragen stated, “they are all truly siblings now.”

The Rathbuns are quick to give credit to God for having led them to this place. Ragen spoke of adoption as the very thing that God does for us. The Rathbuns have been successful at helping their children transition to their forever home. Ragen added, “It has been a wonderful, joyfully difficult season of life that I’m so glad we jumped into.”

Childhelp is so glad you jumped in as well! The delight on Jackson and Avery’s faces says they are thrilled to have found their forever family. Thank you for allowing us to be a part of this miracle! 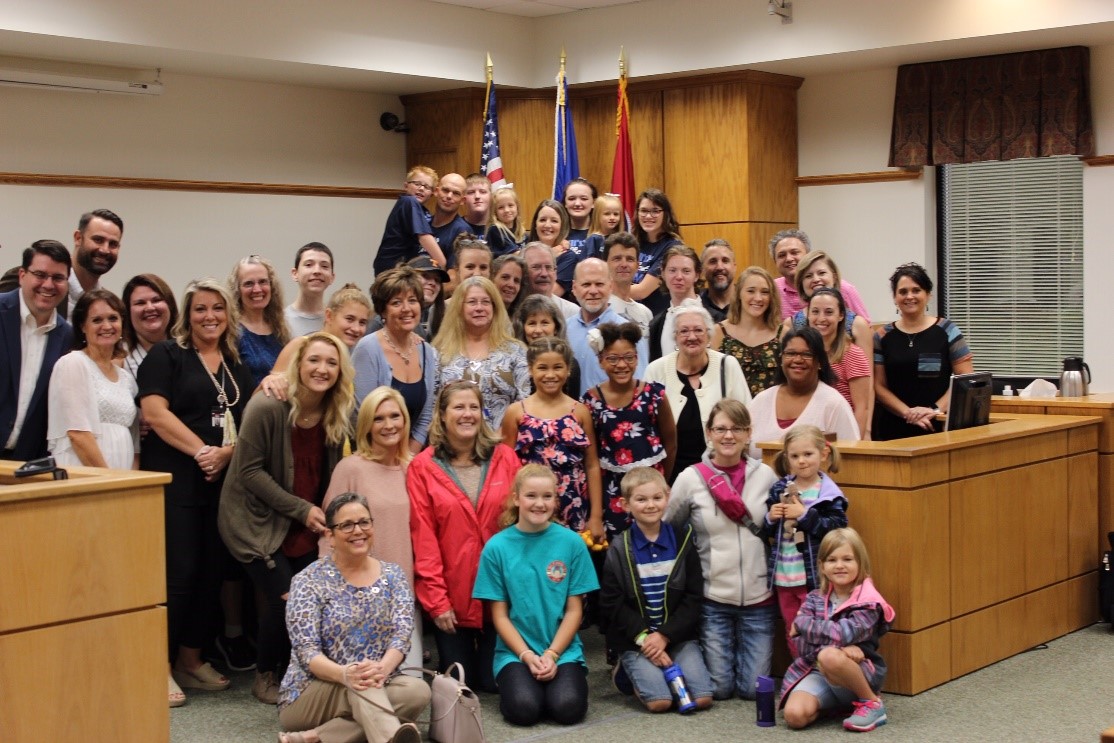 Many people joined with the family to celebrate the adoption.

Prev
A thank you note at Childhelp Alice C. Tyler ...
Next
Gifts Ungiven