Joanne’s Story: On being a mentor and a role model 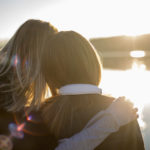 My name is Joanne Brooks, and I’m a volunteer with the Special Friends program at Childhelp Merv Griffin Village in Beaumont, Ca.

Today I’m writing to share my experience with you; to tell you about some of the children I’ve met through Childhelp, and to remind you that our small investment in these abused and neglected children can pay a lifetime of dividends.

As a Childhelp supporter, you already know there is a national epidemic of child abuse and neglect in the United States. But did you know that every day in this country, five children die from abuse or neglect? Shockingly, three of these children are not even old enough to be in kindergarten.

There are more than 4.3 million children abused across America each year, and those are just the ones we know about. That means our personal commitment, love, compassion and care has never been more important for boys and girls who may have no other champions in their lives.

The statistics can make the issue of child abuse feel overwhelming at times. Sometimes we wonder whether our financial contributions to Childhelp can really make a difference. That’s when I remember that these children are counting on us to not turn our backs on them. They need us to do whatever we can, whenever we can, and help lift them up out of a life of abuse and neglect.

People like you and me are the reason why Childhelp has been able to help shepherd more than 10 million children to safety so far.
I’ve been a volunteer with Childhelp for over a decade now. As part of the Special Friends program, I serve as a mentor to abused children who have often been through unimaginable trauma.

These children have come to Childhelp because they have been deemed crisis cases. On average, they have been through 20 to 30 other failed placements. If they don’t succeed at a Childhelp village, their next stop is likely to be a Level 14 facility – a place where they could be medicated, put in restraints, and classified as a threat to themselves and/or society.

In so many ways, Childhelp might be a child’s last best hope. And in this role, I can be her first best friend.

When I first began to volunteer as a Special Friend with Childhelp, I was asked if I preferred to mentor a boy or a girl. To me, it really didn’t matter. There were always plenty of girls who needed friends, so over the last decade I’ve mostly ended up mentoring girls between the ages of 10 to 12 years old.

Every young person I’ve been a Special Friend to over the years has had a unique story. Three I will forever hold close to my heart are Nancy*, Jolena* and Destiny*.
Nancy was 10 when she came to the Village from foster care. She had four sisters in “the system,” and all had suffered from extreme neglect.

There was no chance these girls would ever be reunited with their parents. Though I never saw her confidential history, I knew Nancy’s experience left deep emotional scars. However, over time and talking and long walks, she began to heal. Nancy’s treatment at the Village paid off, and she was able to go live with her older sister. We kept in contact for about a year and a half after she left. When she turned 18 we lost touch, but she was happy, stable and planning to go to college.

Jolena came to Childhelp just before her 11th birthday. I would learn that her parents were out of the picture, just like Nancy’s.

During our time together, Jolena obsessed about the importance of paying her bills when she grew up. “My parents never paid their bills,” she would say. “So when I grow up, I’m going to save my money and pay my bills.”

After she left the Village for a foster home, she still came to Childhelp for day school before she was reintegrated into public school. One day she told me she’d saved enough money to buy herself a prized toy she’d been dreaming of for years. She was so proud of herself that she had saved her allowance money and bought it without anyone’s help. Around that time, we would sit together and I would show her pictures of endangered tigers I sponsor through another charity, and she would ask about them in great detail. Last I heard, Jolena was doing very well and was on track to become a licensed veterinarian.

Destiny was another girl I’ll never forget. She had been trained by her family to be a thief, and I was never allowed to take her off-grounds because she would steal things wherever she went.

As an extremely defiant, manipulative child, Destiny put up a high wall between her and everyone else. She wasn’t ready to listen to anyone at Childhelp, so we all wondered what would happen to her later in life.

Destiny kept contact with the staff for years after she left the Village. She didn’t start out a success, and she ended up having children of her own at a very young age. But that’s when things changed. She said she knew what it felt like to not have a good mother, and she vowed to be a wonderful mother to her kids (which she is!). Today, Destiny credits Childhelp with planting the seeds she needed to live a productive and successful life. She simply needed more time to be ready to accept what she was being taught.
I don’t share these stories to convince you to become a Special Friend, though more volunteers are always needed.

I share my experiences because they illustrate that one person can make a difference. Our individual support matters. And when a small group of us band together with the common goal of saving children from abuse and neglect, we can do amazing things.

You know, sometimes it takes a village to change a child’s life…

Prev
What is #GivingTuesday
Next
Good Parenting Skills: Do you have them?