Raising Kids: The truth and nothing but the truth 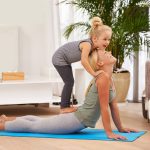 Being a parent is a fantastic awakening. It leads you down an incredible path of great discovery where existence becomes bigger, grander, crazier and more wonderful than you ever imagined on your own. But sometimes it’s hard. We know it’s hard. That’s when a little reality, some solid parent-to-parent advice and a sense of humor come in handy.

The hard part starts with the joys of pregnancy – Moms, let’s get real. Your first trial is to survive 9 months of feeling like a starving beached whale. And it grows more involved with every little white lie we tell ourselves during pregnancy:

Are you eating well and exercising?

(Eating grapes while walking to the bathroom counts, right?)

Do you have any pregnancy cravings?

(Onion Rings. Mashed potatoes. Nestle’s ice cream cones, the ones with the pleasantly surprising chunk of chocolate waiting for you at the bottom. Diet Coke. Did I mention Onion Rings?)

Are you finding out the sex?

And raise hands if you’ve prayed that when you give birth, it’s to a 1-year-old!

But then you do give birth, and in the blink of an eye, they’re doing that thing: They grow up!

And so we plead with them, “Can you please stop growing up?”

The dimply hands, the soft baby cheeks, the wet kisses. These are things we don’t forget as our kids grow taller, more independent and hungry for knowledge. As strong opinions begin to form – complete with unique personality – we know there is nothing we can do to stop it from happening. With every day that passes, we smile, and our hearts make their way to our throats. Even though the baby-ness disappears, there is a silver lining: we get to keep certain things in our vault forever.

Here’s what’s in my vault:

Through the misadventures of this thing called parenthood, the creative clutter that took over every inch of my house, and the years of lost privacy and glaring audience every time I attempted to read a book, change my shoes or eat a candy bar, I became a parenting expert!

Here’s what I learned:

I also learned that they stay little only for a little while, but they remain in our hearts forever. The days sometime seemed long, but the years felt too short. It was hard during, but the hard was worth it, because, in the end, family has always been my truth.