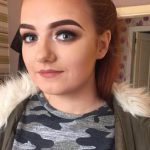 15-year-old Rosshall Academy pupil Britney Mazzoncini who has died in what is believed to have been a suicide. Read more at http://www.dailyrecord.co.uk/news/scottish-news/teenager-takes-life-after-suffering-8382697#xpGEbXimwqb7d2tq.99

July is Cyberbullying Awareness Month where we are shedding light on the atrocities of online bullying and the harm that it can have on people.

Overall, about half of teenagers experience cyberbullying and “10 and 20 percent experience cyber bullying regularly.” Even though it happens to many, many children, few tell their parents. According to 2014 statistics, “Only one out of every six  parents (16%) of adolescents and teens are even aware of the scope and intensity involved with cyber bullying.”

In the United Kingdom over the weekend, the online attacks some may think are just fun and games did cause real world harm. It actually did more. It ended a life.

At 16-years old, Britney Mazzoncini reportedly took her life due to the attacks she was facing online were so despicable, according to the Daily Record.

She wrote on Facebook in June of 2016, “Words do hurt people and people need to start to realise that before it’s too late.”

And just last week, “Starting to get sick of wee lassies calling me a riddy and this and that. As I’ve said, if you have a problem with me then delete me and if you’re being cheeky then you will just be blocked. Really cannot be bothered with all the petty arguing. Just grow up man …”

In real life (or IRL on the internet), Mazzoncini was “loved by all.” Her grandmother added, “She was beautiful, so well-behaved, you couldn’t have asked for a better granddaughter.”

The attacks on Britney, which were at one point isolated to her, are now being reverberated throughout the family and community but many are comforting the family with kind notes online.

As she noted, words do have a resounding ability to inflict pain and when that pain becomes to great, this happens.

Learning that a young girl, who wanted to be a police officer when she grew up, ended her life because others felt it was their prerogative to put her down, mock her, insult her, and make her feel that her life was not worth living is a tragedy many in the United States and throughout the world experience with the rise in technology.

The world may never know what exactly was said that pushed her over the edge but regardless of what it was, she didn’t deserve it.

One person wrote on Facebook, “Such a beautiful girl didn’t deserve any of this.”

No one ever deserves it.

Prev
The Compassionate Corporation: Building a Bet...
Next
Pokémon Go: Keeping kids safe when they “G...