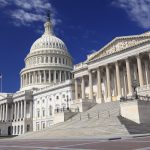 The eastern facade of the US Capitol Building, Washington DC (Getty Images)

It could be a game-changer in keeping families together; however, it’ll have to wait a few more weeks until it can be made a reality.

A bipartisan bill designed to prevent the need for foster care is currently being held up in the United States Senate and has been left until the fall session as there were not enough votes (60) to move forward to formally debate and then vote on the bill.

The Family First Act (FFA) introduced by Democratic Senator Ron Wyden (Oregon) and Republic Senator Orin Hatch (Utah) is, according to Wyden, “the right policy for kids, and it’s the right policy for taxpayers, whose investments in foster care today aren’t helping children and families the way they should.” Overall, the bill has support from more than 190 child advocacy groups and has already passed the United State House of Representatives.

Now what does the bill do? We’ll cede the floor to Sen. Wyden:

First, it takes the current system that’s rife with flaws and turns it on its head. Instead of paying a dollar for families to be split up, the bill says, let’s see if it’s possible to use that dollar to help a family stay together. Let’s see if that dollar can keep a youngster safe at home, where he or she’s most likely to be healthy and happy and succeed in school.

It provides critical assistance to families struggling with addiction to opioids or other substances. It invests in programs that help fight child abuse and neglect. And lastly, it takes vital steps to prioritize safety by setting basic standards for foster care facilities and group homes.

The following is from the Chronicle of Social Change who add a little more detail:

The Family First Act would significantly change the federal IV-E entitlement, which currently reimburses states only for foster care services unless the state has obtained a waiver for other services. The current round of waivers to IV-E expire in 2019.

The bill, beginning in fiscal 2019, would permit states to receive federal IV-E support for three services aimed at preventing the need for foster care: substance abuse treatment, mental health treatment, and parenting assistance (emphasis added). States could tap into federal funds for those services for 12 months to help any family with a child deemed to be at “imminent risk” of entering foster care.

The act would also severely limit federal support for congregate care placements. State and county agencies would only receive general IV-E support on congregate care for the first two weeks of a placement, and would then have 30 days to assess and determine the need for further residential care at a qualified residential treatment program (QRTP), a new classification for which the bill sets basic standards and definitions. [Click here for a full breakdown of the bill.]

Costs Associated with the Bill

Overall, the Congressional Budget Office, which is the nonpartisan scorer of bills in Congress has projected the FFA to cost $1.3 billion over 10 years but will also save nearly one billion ($910M) based on the House bill passed in late June. Overall, the law is projected to reduce net spending by $66B throughout the 10-year time span. The full spending/reduction breakdown is below:

With many states having serious issues with their foster care programs or not enough foster parents to handle the number of foster children, a bill like this is a significant step towards assisting families.

Being able to take preventive action and help states with substance abuse and mental health issues before it becomes a problem will keep families together, improve lives, and bring relief to states unable to handle the influx of children into their foster care programs.

While no action will be taken this summer, Wyden believes the bill will “sail through on a bipartisan basis” if it is allowed an up or down vote.

Concerns over the Bill

As it goes with many laws, some have concerns over the qualified residential treatment programs and a timeline far too short  when making “individual assessments about the appropriateness of congregate care of any child,” writes the Chronicle of Social Change.

The Deputy Director of the County Welfare Directors Association of California writes:

“We cannot accept this deeply flawed bill as it is, nor can we accept a legislative process that jams it through without fixing it first. Promises of fixes in future legislation are not enough: There is no doubt that Family First would have negative consequences for children and relative caregivers nationwide if passed in its current form. Promises of possible flexibility in administrative regulations to implement the law are also not enough: The concerns raised above are statutory, and the bill gives the executive branch flexibility on only some of these issues. Add the uncertainty around the current election cycle, and it becomes very clear that banking on the next administration to fix these issues is unwise.”

Whether you support the bill or opposed it, let your voice heard by contacting your representative/senator, by email. This allows you the chance to communicate what you believe to be important policy proposals, share your thoughts, or extend a friendly thank you to those in elected office dedicated to the difficult work of tackling America’s child welfare crisis.

Giving families a fighting chance to stay together while working to prevent many of the issues which force children into foster care will make not only an impact in the present but could help end the cycle of foster care and abuse in the future. In severe cases of abuse, reunification is not the answer but for close families who need a little help to make it through tough times, the Family First Act may be a first step to putting our nation’s most valuable resource first: our children.

If you suspect a child is being abused, whether it’s online, in the schoolyard, during after school activities, or while in the care of another, reach out to the Childhelp National Child Abuse Hotline. You can make a tremendous difference in the life of an abused child just by seeking support from our professional crisis counselors. Call Childhelp at 1-800-4-A-CHILD (1-800-422-4453).

Prev
The one video you have to watch to understand...
Next
Internet Safety Tips: Keeping Your Child Safe...