The Founders of Childhelp

The founders of Childhelp, Sara O’Meara and Yvonne Fedderson, have guided the organization to help the lives of millions of children across the world. We credit our success at Childhelp to our founders’ visionary beliefs, which are the heart of the organization:

These beliefs stay close to the hearts of all involved in Childhelp to ensure that the aspirations for the organization stay consistent from that first day. Read about our founders, their backgrounds and their dedication to the cause below. 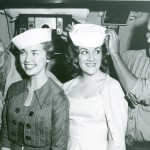 Sara and Yvonne at the Korean War 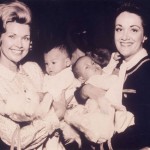 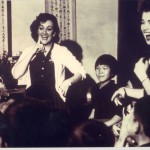 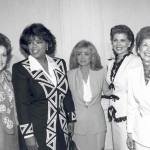 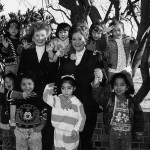 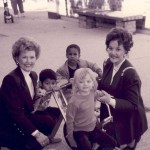 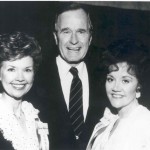 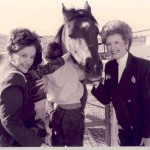 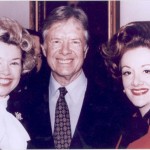 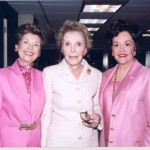 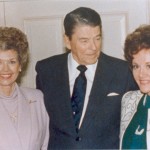 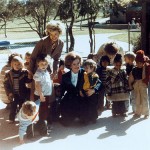 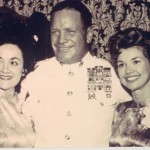 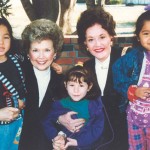 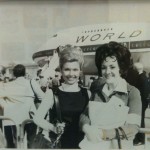 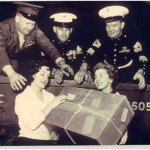 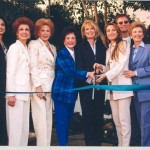 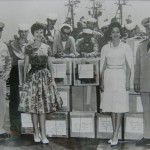 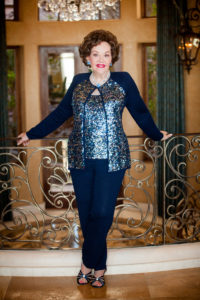 Since 1959, I’ve been co-leading the Childhelp mission to bring awareness to the issue of child abuse, develop intervention strategies and pioneer treatment modalities designed to comprehensibly attack abuse from every angle.

I was President of the Spastic Children’s League and an officer of the National Assistance League. I have served on the boards of international organizations concerned with children’s wellbeing. I have also served as Chairman of the International Alliance of Child Abuse and Neglect as well as being on the board of the National Children’s Alliance. As a board member for the International Union for Child Welfare, I was the sole United States representative among First Ladies and ministers of numerous nations.

A lifetime of professional work in the field has taught me that my most important lessons come from the children of Childhelp. Their courage and hope motivate me every day.

I lost my beloved husband Colonel Robert (Bob) Sigholtz in 2005. Bob was a highly decorated Colonel who fought in three wars – World War II, Korean and Vietnam. He was also the Athletic Director of Georgetown University. My youngest son, Charles, died in 1988 in an auto accident. Both of these remarkable men shaped the vision and values of Childhelp and I know their spirits are forever guiding my heart. I am blessed with my son John Hopkins, stepdaughter, Taryn, and three wonderful grandchildren, all actively dedicated to our mission.

Sara has received more than 100 awards for her service to children, including the Arizona Foundation for Women’s Sandra Day O’Connor Award received in 2004. Others include an award for international collaboration to prevent child abuse presented by the Queen of England; a U.S. Department of Justice award presented by President Ronald Reagan; the Kiwanis World Service Medal and an award from the National Federation of Business and Professional Women’s Clubs. She has been the recipient of several awards in Washington, DC, including the National Caring Award and The Hubert Humphrey Memorial Award at the Touchdown Club, and the Lifetime Achievement Award at the National Charity Awards Dinner. Most recently, Sara, along with co-founder Yvonne Fedderson, have been nominated for the eighth time for the Nobel Peace Prize. Endorsements for the prestigious nomination include letters from U.S. Supreme Court Justice Sandra Day O’Connor and former first lady Barbara Bush, along with numerous politicians, educators, and corporate executives. Just recently she was awarded an honorary doctorate from Northcentral University.

For over 50 years I have seen miracles take place when a child is rescued with love, nurtured with care and inspired by hope. I believe every child deserves the right to be free from abuse and neglect in order to reach his or her ultimate potential. Childhelp changes lives and we are honored to have shepherded millions of children to safety with God’s help. 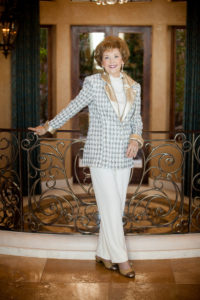 After graduating from the Pasadena Playhouse, I enjoyed acting for film, television and stage, but my greatest role has been dedicating my life to helping needy children for over five decades. Extensive work in a number of humanitarian organizations gave me a framework for volunteer engagement and management that I find invaluable to this day.

My nonprofit training took place through the Assistance League, the Mary and Joseph League, and several professional organizations. I have served on the board of directors of Children to Children, Inc., the International Alliance on Child Abuse and Neglect and remain an honorary board member for The Dyslexia Foundation.

Each time I share the story of Childhelp, I always mention that volunteers are the backbone of the organization. When it came time to conceive of a national response to child abuse, I knew the job would require a lot of hearts working together to make this dream a reality.

Sara O’Meara and I steward Childhelp’s mission in Washington D.C., supporting and developing bills designed to protect children from predators. We expanded those efforts to include Childhelp Speak Up Be Safe and Childhelp Speak Up Be Safe for Athletes to secure children in the classroom and during afterschool activities. Our goal is to have every child benefit from these lifesaving tools.

I have seen firsthand that nothing is impossible with the right team of philanthropists refusing to give up!

Since 1994, I served as president and CEO of my late husband’s company, Don Fedderson Productions. I manage the rights of the television programs he produced, including Family Affair, My Three Sons, and the Betty White Show. I have served on the company’s board of directors for more than 30 years.

With more than 25 chapters and auxiliaries, over 2,500 volunteers nationwide and the blessing of more than $2 million annually, our network of philanthropists ensures that 91 cents of each donated dollar directly reaches our children.

I have one daughter and a grandson as well as a son with two granddaughters. My late husband Don Fedderson was a remarkable supporter of Childhelp, producing many programs to benefit our work. Don came up with a great motto for our organization that reflected his investment in our little ones: “For the love of a child.”

Yvonne has received more than 100 honors and awards for her service to children, some of which include the National Children’s Alliance’s Champions of Children Award, the State of California’s Legislature’s Woman of the World Award, and the Women’s International Center’s Living Legacy Award. She and Mrs. O’Meara have been given the Kiwanis World Service Medal, the American Ireland Fund Humanitarian Award, The University of California Riverside Chancellor’s Founder’s Award, and Family Circle Magazine’s “Women Who Make a Difference.” Most recently, Yvonne, along with co-founder Sara O’Meara, have been nominated for the eighth time for the Nobel Peace Prize. Endorsements for the prestigious nomination include letters from U.S. Supreme Court Justice Sandra Day O’Connor and former first lady Barbara Bush, along with numerous politicians, educators and corporate executives. Just recently she was awarded an honorary doctorate from Northcentral University.

It is impossible to look in the eyes of a child in need and do nothing. In 1959 Sara and I discovered a group of orphans that touched our hearts and we continue to be inspired by the little lives we encounter through this mission of light and love.

Five Too Many
Close to 5 CHILDREN DIE EVERY DAY as a result of child abuse in the United States.
Help to keep the five alive