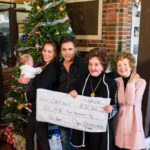 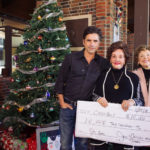 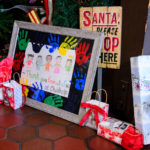 For three decades, John Stamos has provided a voice for abused and at-risk children across the nation through his support of Childhelp and its lifesaving programs. Now, he has stepped into a new role as spokesman for the Childhelp National Child Abuse Hotline.

Stamos’ involvement with Childhelp began 30 years ago when his mother saw her son’s career begin to flourish and wanted to ensure he always stayed grounded through philanthropy. Each year he hosted the Childhelp Holiday Party, took groups of children to Disneyland, and attended Childhelp events to lend his celebrity to fundraising.

Through his efforts, he has served as an advocate for children whose version of home has been completely shattered by abuse and neglect. He frequently visits the Childhelp Merv Griffin Village, a residential treatment facility providing specialized care in a nurturing environment, and his humor and heart give recovering children hope.

Most recently, Stamos and his wife Caitlin McHugh partnered with My Saint My Hero to create the St. Amos Wearable Blessings Collection, with 100 percent of the Stamos family net proceeds donated directly to Childhelp.

At a special ceremony on Nov. 27, Stamos, McHugh and their son Billy visited the Childhelp Merv Griffin Village to officially accept his role as spokesman and present the proceeds from the bracelet campaign, which totaled $10,000.

Stamos spent the majority of his visit with the Village children, singing songs and chattering with each child as they excitedly huddled around him. He always makes time for staff and visitors (or interviews with E! News) during his visits but prioritizes spending time directly with the kids, touching their hearts and providing a special moment – something these children hold on to throughout their healing journey.

After walking through the Village cottages and saying hello to many of the kids, Stamos visited the chapel where a group of children sang songs specially prepared for him. John joined in on the action, standing amongst the kids on stage to sing holiday songs alongside them.

“We’ve watched John grow from a budding young actor to a successful Hollywood star, and he’s always had room in his heart to give back to children who need help the most. His mother, Loretta, was a loving supporter and we know she would have been beyond proud to see her son carry on this family tradition of giving,” Childhelp Co-Founder, CEO and Chairman Sara O’Meara said.

Childhelp Co-Founder, Vice Chairman and President Yvonne Fedderson added, “John and Caitlin are setting an amazing example for their son and children around the globe by standing alongside Childhelp to fight abuse.”

The Childhelp National Child Abuse Hotline is dedicated to the prevention of child abuse. Serving the U.S. and Canada, the hotline is staffed 24 hours a day, 7 days a week with professional crisis counselors who—through interpreters—provide assistance in over 170 languages. The hotline offers crisis intervention, information, and referrals to thousands of emergency, social service, and support resources. All calls are confidential.

Prev
Rural Community Unites to Give Abuse Survivor...
Next
Call For Music Industry To Do More To Help Co...