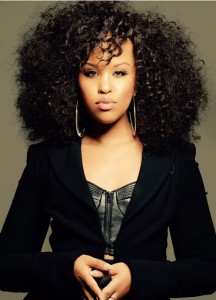 Philly born actress, Kellee Stewart, is celebrating a milestone birthday in March and is channeling her inner philanthropic self by asking guests to make a charitable contribution with proceeds to benefit Childhelp in lieu of gifts.

Her credits include TBS’s hit comedy series My Boys; Sony Picture’s Guess Who; NBC’s Law and Order: SVU; NBC’s Whitney; Fox’s Bones; and Lifetime’s Witches of East End just to name a few. Currently Kellee can be seen as “Kim” in her third season on TV Land’s hit sitcom The Soul Man starring Cedric The Entertainer and Niecy Nash, as well as reprising her role of Courtney in the sequel hit film Hot Tub Time Machine 2.

Kellee celebrates a decade of elevation and we are honored that Kellee has chosen Childhelp as a charity of choice. To make a donation to Kellee Stewarts birthday, please click the button below.

Thank you Kellee for supporting our mission and your dedication to these children.