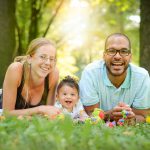 The Birmingham couple wanted to make a difference, but they weren’t sure how deeply they wanted to get involved.  For a period of only a few days, they cared for two brothers, Matthew and Jamie, whose current foster parents were on vacation.  At the end of their stay, the boys were told that they would always be welcome if they ever needed help in the future.

The two boys went back to their previous foster family, then eventually back to their extended family.  They were able to reunite with an aunt and uncle.  Matthew and Jamie were very excited to finally be with family again.  When Matthew and Jamie were able to find a home with their extended family, their case was closed, and everyone who was involved considered their case a success.

Two years passed but, unfortunately, that wasn’t their happy ending.  The challenges started as soon as the boys moved.  They didn’t report the problems immediately, but their aunt and uncle were training Matthew and Jamie to steal for them.  They were emotionally and verbally abused while being forced to commit crimes.  When their uncle started to hit them as well, they finally called for help.

Jamie, the youngest of the two, remembered the Birmingham’s, the couple who had made them feel safe and welcome.  After all that time, he still had their phone number.  Despite the years that had passed and the short time that they had known the family, the Birmingham home was the one place they wanted to go.

That phone call started the ball rolling.  The Birmingham’s called the social worker who was previously on the case.  She took the report and reopened the case.  A formal child abuse investigation was filed immediately and the children were detained the next day.

The Birmingham’s had only intended to provide short-term foster care, but knowing that they had been remembered and requested, the family agreed to take the boys, this time on a long-term basis.

That was several years ago.  Today, they are a permanent family—Matthew and Jamie have been adopted and they are thriving.  They do well in school and never want to return to the criminal path that their aunt and uncle tried to introduce.  The new blended family wasn’t part of the original plan, but the moment those boys reached out, the plan changed.  Sometimes, life is what happens while we’re making plans.

For Matthew and Jamie, the nightmare is over.  They have found their home and their happy ending.  The Birminghams found their happy ending, too, even though they didn’t know they were looking for it.  “We thought we would help out for a while and do our part,” Mrs. Birmingham said.  “We had no idea how much they would enrich our lives.  I can’t imagine our life without them.”

Prev
Saving Thomas: An adoption story of hope and ...
Next
Finding Peace At The Merv Griffin Village