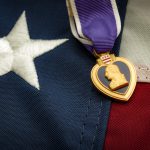 Caleb Powers was born on October 31st, 1982, a child like any other, who came into the world expecting to be loved and cared for, to make friends and find purpose in his life.  Like each of us, Caleb sought the good things in life but he did not have the perfect storybook childhood.  He did not have what so many of us take for granted. That is where Childhelp came in.

When he was only 7 years old, loving people took Caleb to safety, to Childhelp.  There he received not only the food, clothing and shelter that each of us needs to survive, but also the nurturing wisdom and character-building that would make him a fine citizen.  People who cared about his future success became role models and mentors.  Along his journey, he made decisions that would mold him into the outstanding adult he became.

He decided to take advantage of the gifts Childhelp provided.  He learned from the adults around him, grew in character and made friends.  He became a stable young man and valuable, law-abiding part of his community.  He recognized the need for an education and graduated from high school.  He thought about his future.  He decided his country meant a lot to him.  He wanted to give something back to the society that had taken him in and raised him.  He chose the Marine Corps because he wanted a challenge:  He wanted to prove he was one of the Few, the Proud, the Marines.

He completed the training and became a Marine just as our country was going to war.  He advanced to Lance Corporal, all the while making more friends.  But he never forgot his old friends. He appreciated Childhelp, its Founders, and all it had done for him.  He made the decision to remain connected to those who had helped raise him. We know that what Childhelp provided was profoundly important to his life because he returned to the friends he had made there.  He didn’t have to.  He was faithful to his friends.  Semper Fidelis, Always Faithful.

John 15:13 tells us, “Greater love has no one than this, that he lay down his life for his friends.” On August 17, 2004, while on duty in Iraq, as part of the 1st Division, 2nd Battalion 4th Marines Infantry, Fox Company, Caleb laid down his life for his country, for his friends.  His medals, the War on Terrorism, Iraqi Campaign, and National Defense, are on display at the Childhelp Merv Griffin Village in Beaumont, California, in their Joyce Griswold Children’s Library.  He had friends there through his trips at Christmases, when he came to lead the flag salute in his handsome Marine uniform.

His Purple Heart for his sacrifice in Operation Iraqi Freedom is on display at the Alice Tyler Village in Lignum, Virginia, where he resided with his friends until he was 13 years old.  Now, these medals presented on Memorial Day to the Childhelp National Headquarters honor him in Arizona as well.

We thank him for his example of courage and honor, his love of country, and his friendship.  Truly, there is no greater love.