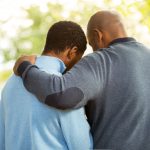 Blame is a very difficult thing to deal with.  Occasionally, it makes sense to identify who caused the problem so that steps can be taken to prevent it from happening in the future.  Most of the time, blame is a toxic attack, designed only to avoid responsibility and make sure someone else stands accused instead.  By ten years old, Chester had already faced a hard road, made even more complicated by blame, something he had to learn to overcome.

Chester’s mother never learned responsibility.  When she was angry, she would lash out and hit Chester.  What hurt him even more, was the way she would talk to him.  Everything was Chester’s fault, from problems they would have around the house to issues with his siblings.  Chester couldn’t do anything right.  His mother said that the abuse was his fault—that he made her hit him.  When things went missing, he was blamed for stealing them.  When there was a problem with his siblings it was always his fault.  Sadly, Chester believed her.

After suffering through emotional and physical abuse and neglect, he was finally removed from his home at the end of 2014.  Chester’s mother immediately blamed and disowned her son—she wasn’t even interested in getting him back, something that only made his problems worse.  It didn’t take long for Chester to distinguish himself as a very difficult child.  He was verbally and physically aggressive and he wouldn’t take responsibility for anything—everything he did was someone else’s fault, much the way his mother had treated him.  At the core of his behavior was a sad little boy who didn’t believe there was anything in him to like.  He was a bad boy—he had been told so every day of his life.  Why shouldn’t he try to live up to those expectations?

Chester came to the Childhelp Merv Griffin Village with a chip on his shoulder, ready to fight for any reason he could find.  He was aggressive and assaultive to staff and peers alike.  If there was nothing to fight about, he would invent something—someone looked at him funny, someone was thinking something bad about him, or someone was planning to do something.  When he wasn’t fighting, he seemed almost lost, like a little boy who didn’t know where he was or what he was supposed to do.  Being in trouble was part of his identity and he didn’t know anything else.

Some children respond well to their therapist or to a specific staff member.  Some children come to life at the Ranch or in the Art Studio.  For Chester, the key to success was just consistency.  The routine meant that he knew when he could expect meals, he knew when it was time to get up or time to go to bed, and he knew what was expected of him in between.  At first, he would refuse to participate, just to start a fight, but the calm response letting him know that he would not be earning his points came every time.  Chester had grown up with an unpredictable adult who not only failed to provide for his needs but found a way to blame him for everything that happened.  At Childhelp, Chester lived with a staff that was fair, with a predictable schedule, rules he could understand, and reasonable consequences that would come every time he misbehaved.  Like all children who stay at the Village, he was told every day that he is a good person, he is capable of doing anything he wants to do in life, and he can decide for himself if he wants to earn his points and the extra privileges that come with them.

In time, Chester realized that he didn’t have to fight.  Anything and everything he needed was provided, he didn’t have to prove anything to anyone, and he could decide for himself what kind of person he wanted to be.  He started choosing to follow the rules and he earned the points that went with his improved choices.  For the last six months of his stay, Chester was on Level 1, setting an example for his peers and acting as a leader in his cottage, helping newer arrivals to adjust and “get with the program.”

Chester graduated and went home to his step Grandmother, who took custody of Chester’s siblings as well.  They are a family once again.  Best of all, Chester is now a happy, well-adjusted big brother, ready to set a good example for his siblings.  His grandmother said he’s a big help, and the smile that spread across his lips when he heard her was priceless.

Every child comes to us from a unique situation, carrying with them some scars we can see and far too many that we can’t.  Healing will come in different ways, at different times for each of them.  For Chester, he just needed to know that he was worthy of love to decide that he wanted a better life.  Childhelp Merv Griffin Village staff worked tirelessly to make sure that Chester could stand tall and believe that was—and is—good.  Chester is doing well, and for that we are happy to take the blame.