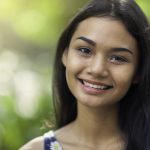 Tammy had never known her parents, at least not in the traditional sense.  She had been raised by her Grandparents for as long as she could remember.  Her father was in prison, and her mother made it clear that she wasn’t interested in being a mother—she spent her time nurturing her drug habit and little else.  Tammy’s Grandparents agreed to take on the responsibility, but they were clearly not up to the challenge.  Tammy was neglected and physically abused, and while there was no proof, she reported that her Grandfather sexually abused her as well.  Given her overly sexualized behavior, it’s likely that her report was accurate, and the way the rest of the family rejected her when she told her story only made matters worse.

At 13 years old, Tammy had already been in at least 12 different placements, including foster homes and other Group Homes.  She was diagnosed with Attention Deficit Hyperactivity Disorder (ADHD), as well as Oppositional Defiant Disorder (ODD), making her very difficult to deal with.  She couldn’t help the constant fidgeting, and while she could be entertaining when she decided to tell a story or get involved in a game, she would scream and tantrum when she was angry.  She felt the need to do exactly the opposite of what she was told to do most of the time, likely as a way to lash out at a world that didn’t protect her when she needed it most.  The constant bouncing from place to place didn’t help the situation, and Tammy’s behavior had gotten worse and worse in the prior few years.  The older she got, the harder it was to control her and the harder it became to find another home that would take her.

Legislation limits the amount of time a child aged 12 or younger can spend in a Group Home environment in California, and Tammy had exhausted her options.   When she turned 13, that restriction was lifted and she was placed at the Childhelp Merv Griffin Village.  Immediately she bristled and prepared to stand toe-to-toe with the staff—she had survived several Group Homes and she was not about to let this one change her, either.  She was very aggressive, both with peers and staff, she would destroy property when she didn’t get her way, and she tried to run away several times.  Because of Childhelp’s “shadowing” policy, Tammy was never out of sight, but when asked where she was gong it was usually an attempt to have relations with a boyfriend from school.  Most of the time, she would try to dress in tight-fitting clothes that revealed as much skin as possible, which was part of the conflict in the cottage.  She would be told that she had to dress appropriately, and while she could pick out her own clothes, we were not going to buy anything that was too revealing.  Even getting dressed each day was a battle.

Tammy’s therapist was Jessica, a young woman with extensive experience in dealing with teenage girls.  Jessica goes the “extra mile” for all of her girls, but she really worked hard to reach Tammy.  Luckily, Tammy liked to walk.  While she wasn’t really a fan of sitting still—most ADHD kids aren’t—she would take long walks around the beautiful grounds.  For a while, staff gave her a little space, and she would walk a few feet in front of them.  When Jessica would walk with her, they would talk.  Something about being in motion, being out in the open air, and not having to sit and face each other made it easier for Tammy to talk, and they would take therapy-laps.  Eventually, Tammy agreed to sit down in a more traditional therapy setting, and they were able to ask deeper and deeper questions until she broke down crying.  At the core of her behavior was low self-esteem, very little self-worth and the feeling that she couldn’t trust herself.

“Then who do you trust?” Jessica asked.

Tammy shrugged.  “The only person I trust is you.”

“You are a good person and I know you can make good decisions,” Jessica said, “but until you feel confident enough to make those decisions alone, let’s go back to WWJD—What Would Jessica Do.”  It was a playful inside joke between them, but it really worked.  Jessica also emphasized the future.  “The path you’re on right now leads nowhere,” she said.  “You don’t want to flunk out of school and end up as an 18-year-old with no skills, no plans and nowhere to go.  I want you to have a beautiful life, but you have to know that you deserve it, and you have to work to make it happen.”

As the weeks went on, Tammy’s behavior improved immensely.  She would stop and think through her actions, asking herself what Jessica might say or do in that situation.  Trying to pattern herself after a seasoned therapist is a tall order for a 13-year-old girl, but she really tried.  Jessica had therapy with her every day in some form or another, but eventually, it was time to wean her to once a week.

Tammy would come to Jessica and proudly proclaim, “I didn’t bug you at all yesterday!”

“You never bug me,” Jessica would say, “but you had a good day and you didn’t need me to tell you how to do it.  We’re all very proud of you!”

Tammy started dressing more conservatively without a fight.  She realized she didn’t need to dress provocatively to be beautiful.  She decided to break up with her boyfriend from school, too.  When asked about it, she smiled.  “Right now, I think I just need to be with myself.  I have to work on me.”

Tammy’s social worker, Mrs. Bain, was deeply impressed with her progress.   After nine months at the Village, Jessica told Mrs. Bain that Tammy was ready to move to a foster home.  “Well,” Mrs. Bain started, “since you’ve been so great with her, can you be her foster mom?”  Jessica had to respectfully decline due to legal restrictions that would have impacted her therapy license, but it was a flattering request nonetheless.  Jessica was listed as a permanent contact, and Tammy still calls regularly, not as a client, but as a child reaching out to a person she trusts who taught her how to trust herself.

Tammy moved to a foster home locally where she is very successful.  Better still, she has a 20-year-old sister who is preparing to take permanent custody.  Family therapy has helped with the transition, and in January this little family will be reunited, as soon as her sister can get a bigger place.

Growing up, Tammy was treated as though she didn’t matter.  Her father was never involved, her mother has only recently completed drug rehab and started expressing an interest in cultivating a relationship, and her Grandparents both neglected and abused her in every possible way.  She felt like a throw-away child, she treated herself as though her life didn’t matter, and she allowed herself to be used because that’s what she thought she deserved.  Thanks to Jessica’s diligence helping Tammy to finally open up and listen, Tammy is on the right track.

When you ask Tammy about her experience at Childhelp, she answers, “It was beautiful.”  Tammy is a beautiful girl, ready to have a beautiful life—a life she finally understands that she deserves.