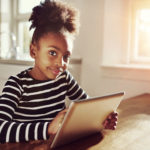 Sarah was a sweet girl.

Like so many of the children who walk through our doors, what was wrong with Sarah was her parents and very little else.  She had been emotionally, physically and sexually abused, and it all but destroyed her self-image.  Both of her parents were drug addicts, focused entirely on themselves.  She couldn’t find a way to love herself when the people who were supposed to be there to protect her told her every day with their words and their actions that she wasn’t worth loving.  It took stability, consistency, and patience, just as it does for all of our children, to teach her how to love again.

Sarah was not an aggressive child.  All children have their good days and their bad days, and Sarah was no exception, but her bad days were usually turned on herself.  She felt out of control in life, and the only thing that seemed to block out the memories, the torment, and the self-hatred was pain—pure, all-consuming pain that could intensely focus her attention on the present moment rather than on all the shadows looming at the corners of her mind.

She would look for anything sharp, be it a thumb tack, a broken piece of plastic, or anything that could be snapped to create a sharp edge, and she would cut herself.  Her arms and legs were crisscrossed with wounds, some fresh and others still healing, and each one represented a moment when Sarah needed pain to eclipse her negative thoughts.  Foster families and relative placements all failed—they were afraid that she would seriously injure herself and they couldn’t stop her.  As valid as those concerns may have been, with every failed placement Sarah believed herself to be a failure, and with every change in family Sarah had to uproot her life and start over again.

The problem with all those placements was that they were trying to stop her by saying, “Stop.”  They would increase supervision, keep her away from sharp objects and even offer her something else to do, but until the underlying trauma was treated, nothing they tried could ever be successful.  When Sarah arrived at Childhelp’s Merv Griffin Village, she was little more than a shell.  She was quiet, obedient, and determined to hurt herself nearly every day.  She would make suicidal claims, the same types of comments that resulted in her frequent hospitalizations prior to her arrival, but in all of her challenges, all she really wanted was to find a way to be free of her memories and self-hatred.

Compared to her cottage peers, Sarah was an angel.  She didn’t participate in the fights that others tried to start, she wanted to follow the rules, and she rarely generated any problems outside of her self-injurious coping techniques.  Her therapist, Danielle, worked with her every day, helping her to learn to incorporate what had happened to her into who she was without allowing it to define her.  She had to learn that running from the past only made it louder.

Gradually, Sarah decreased her cutting incidents.  At first, it was only because she was never given the opportunity while staff worked tirelessly to supervise her and keep her safe.  With anything and everything seen as a potential weapon, even toothpicks or overly-sharpened pencils could be a problem, and it was a constant challenge to keep her away from anything that might break the skin.

Sarah would be noticeably distressed when she couldn’t hurt herself to clear her mind, and staff had to look for the signs and rush in to say something positive to her and redirect her thinking.  She kept a journal and wrote down any time that she wanted to cut herself, and she would share those entries with Danielle.

As the weeks went on, there were fewer and fewer entries.  Sarah stopped making suicidal comments.  Hearing so many well-deserved positive statements about herself at the exact moment when she was thinking the opposite proved to be very effective, and as she learned to redefine herself, she no longer had a desire for pain.

At eleven years old, Sarah is stable and ready to leave the cottage.  Her social worker didn’t have a place for her, and her blood relatives are not a viable option.  Rather than wait for the social worker to solve the problem, Childhelp’s Foster Family and Adoption Agency is actively looking for a placement that will not only love Sarah, but will be available for permanent placement should the courts allow them to become her guardians.  Thanks to continued communication and cooperation between the Village and the Foster Family and Adoption Agency, we have a potential home and are coordinating transition services and pre-placement therapy to ensure that Sarah never has to uproot her life again.

In a perfect world, people would love and care for the children they are so lucky to have, but far too many people aren’t really ready to be parents when their children enter the world.  Sarah was born to a family that wasn’t ready, and they nearly broke her with their selfishness.  She thought of herself as less than human because that’s how she was treated.  Now, Sarah is happy, adjusted, and doing well in school.  She rarely has self-injurious impulses and she knows what to do should one happen to arise.

Best of all, Childhelp has not only given her the tools she needs to be successful, we are working to provide her with a family that is ready to be the best parents they can be, because Sarah is worth it.