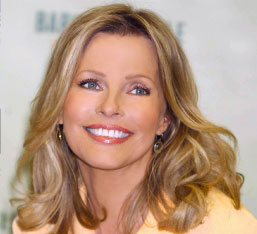 Cheryl Ladd possessing an effervescent personality and embodying the beauty, grace, class and charm of old Hollywood, it’s no wonder Cheryl Ladd remains one of Tinseltown’s favorite actresses.  Since her big break as one of the beloved Charlie’s Angels, Ladd’s career has traversed television, film, and Broadway, and the beautiful actor-singer-author is still very much a triple-threat!

Starring on Broadway in Annie Get Your Gun, numerous guest appearances on The Rookies, The Partridge Family, Happy Days, Carol Burnett Show, The Muppets, CSI Miami, Vegas, NCIS, and more than 30 made for TV films, with a recent film wrapped in Capetown, South Africa, Cheryl continues to traverse easily through all mediums.

Cheryl Ladd has been involved with Childhelp for over 30 years, and was an esteemed recipient of the Childhelp Woman of the World Award.