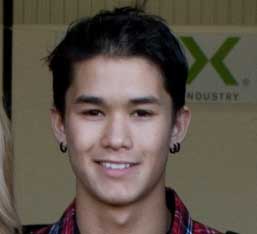 Booboo Stewart is an actor, singer, dancer, model and martial artist. He is best known for his role as Seth Clearwater in the mega-hit feature film series Twilight Saga: Eclipse, Breaking Dawn Parts 1 and 2. He has also appeared on numerous television series such as Dante’s Cove, Everybody Hates Chris, Good Luck Charlie, CSI: Miami, ER, and hosted six episodes of the children’s show Blue Dolphin Kids. He has toured with Miley Cyrus and the Jonas Brothers, and performs in a band with his sisters Fivel and Meghan.

Booboo has been involved with Childhelp since 2011 and has joined forces with his sister Fivel to co-host numerous free concerts to support Childhelp in ending child abuse. Booboo uses his celebrity status through Twitter, Facebook and media appearances to help raise awareness about our mission.