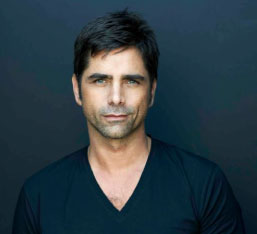 John Stamos is an actor, singer and musician, best known for his work in television on the ABC sitcom Full House. Stamos also starred in General Hospital, Jake in Progress, ER and Thieves and has performed on Broadway in Bye-Bye Birdie, Cabaret, Nine and How to Succeed in Business Without Really Trying. John plays the drums, keyboard, guitar, bass and various percussion instruments and has performed with the Beach Boys since the 1980’s.

Most recently John has guest starred on Law & Order: Special Victims Unit, FOX TV smash hit Glee and Two and a Half Men. John has also been seen in a series of commercials for Dannon’s Greek Yogurt, with the first commercial airing during the 2012 Superbowl. John joined The Beach Boys for their 50th Anniversary Reunion Tour, and has taken the lead role on the new FOX drama Little Brother.

John has been an active and devoted Childhelp Celebrity Ambassador for more than 20 years.