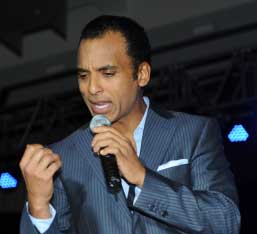 Jon Secada is a Cuban-American singer and songwriter. He has won two Grammy awards and sold over 20 million albums. Jon has had numerous top hits, platinum albums and has worked with countless artists including, Gloria Estefan, Jennifer Lopez, Ricky Martin and Mandy Moore. He has also performed with opera legend Luciano Pavarotti and recorded with Frank Sinatra. Jon has also starred on Broadway in the hit musicals Grease, Cabaret and Joseph and the Amazing Technicolor Dreamcoat.

Jon became involved with Childhelp in 2012. He was the featured entertainer at Childhelp’s Celebrity Golf Invitational, and Childhelp’s Drive the Dream Gala in Michigan. Jon has a passion for helping abused children and has given back to Childhelp by donating guitars and VIP tickets to his concerts.