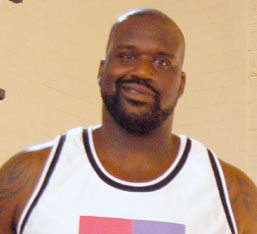 Shaquille O’Neal is a retired professional basketball player, former rapper and current analyst on Inside the NBA. Throughout his 19-year career in basketball, Shaq used his size and strength to overcome his opponents for points and rebounds. He first started his basketball career with the Orlando Magic, leading the team to the 1995 NBA Finals. He then joined the Los Angeles Lakers where he won three consecutive championships, later winning his fourth Championship with the Miami Heat. Shaq rounded out his later career with the Phoenix Suns, the Cleveland Cavaliers and the Boston Celtics before retiring.

Shaquille O’Neal has supported Childhelp through various social media campaigns using his outreach on Twitter and Facebook. He also starred in a 2009 Childhelp PSA called “Shaq Dreams” and co-starred in a recent Childhelp PSA with Betty White, Buckcherry and Childhelp founders, Sara O’Meara and Yvonne Fedderson.